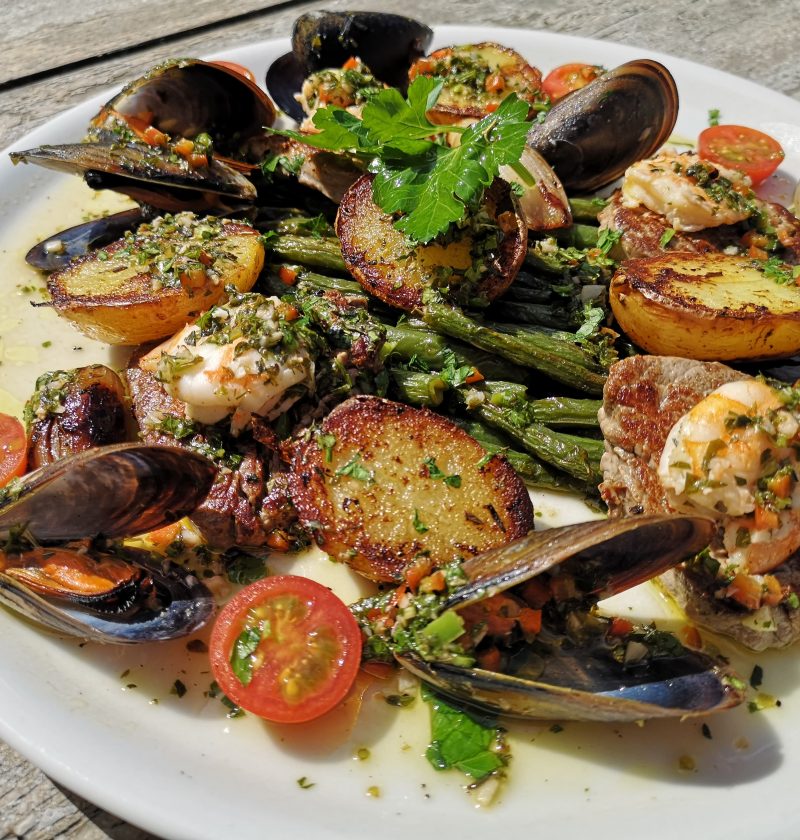 Meet Ned, a  professional Chef of 30 years who’s worked in a variety of well-known restaurants both here on the island, and in the UK.

The Ibiza-based Liverpudlian has a colourful, and impressive culinary history.

From working as a private chef for VIP, music industry clients, to being at the helm of celebrity-haunts such as Balans in Soho (London), where he worked as head Chef for 5 Years. Ned has both the skills and experience to cook a meal to remember.

If you asked him what he did for a living, his positive energy would reflect that of someone who’s relatively new to the industry.

His passion for his craft is enchanting to say the least.

Just listening to him talk about his recipes resembles that of a story teller, reading from a truly enticing book.

They’re captivating, to the point where you can almost taste the food he’s describing.

Ned is currently Head Chef at Rio Ibiza, a buzzing bar and restaurant in San Antonio, which proves highly popular with tourists during the summer months.

The food is the talk of the town, with Ned’s famous BBQ dinners hitting the spot with diners 7 nights a week.

The well-loved chef cooks each dish with pride, and regularly receives praise from dining guests after their meals.

For the Home Cooked Heroes Campaign, Ned has chosen a personal recipe which we’re all familiar with, as it’s great for summer lunching, and can be substituted with different ingredients to suit your tastebuds.